The main aim was to create a serie of portraits of some of the most representative sailors in the popular culture. The influences are mainly adventure and sailing novels, as:

The portrait of Gráinne Ni Mhaille is the only one that is inpired by a non-fiction historical figure, but her legendary deeds and her myth were enough to make her feature in this list.

The typeface is created for this project too, and will be available as a Display Font in the future. 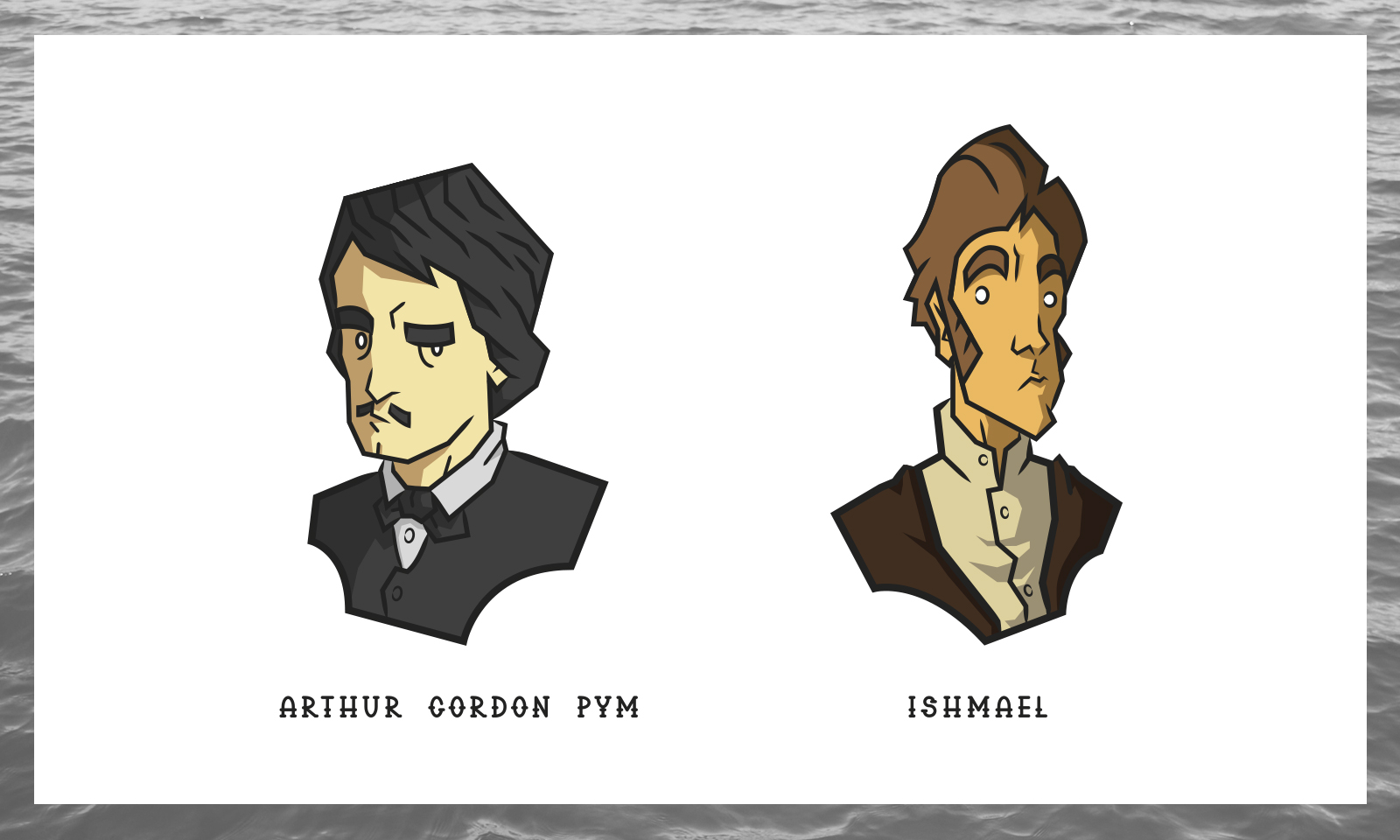 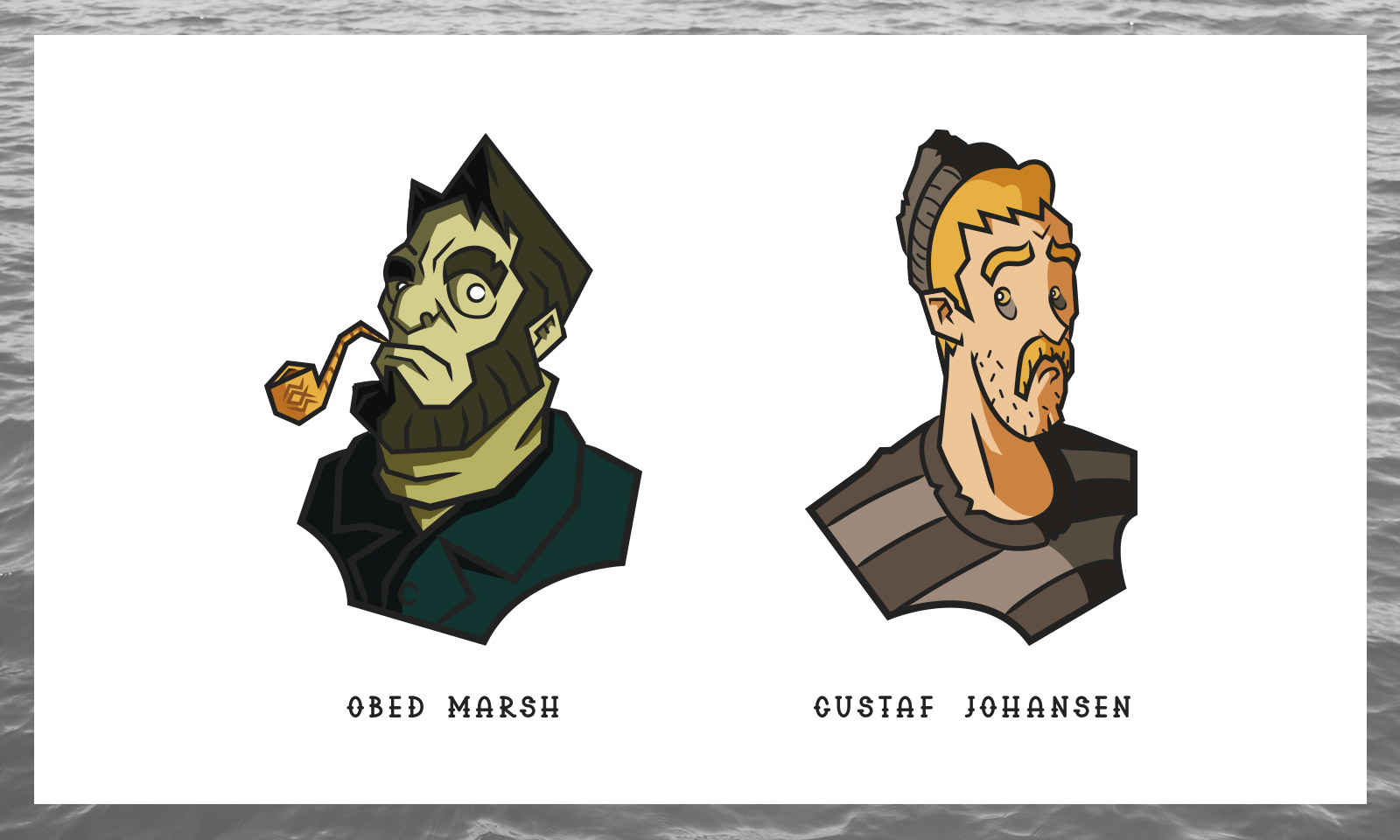 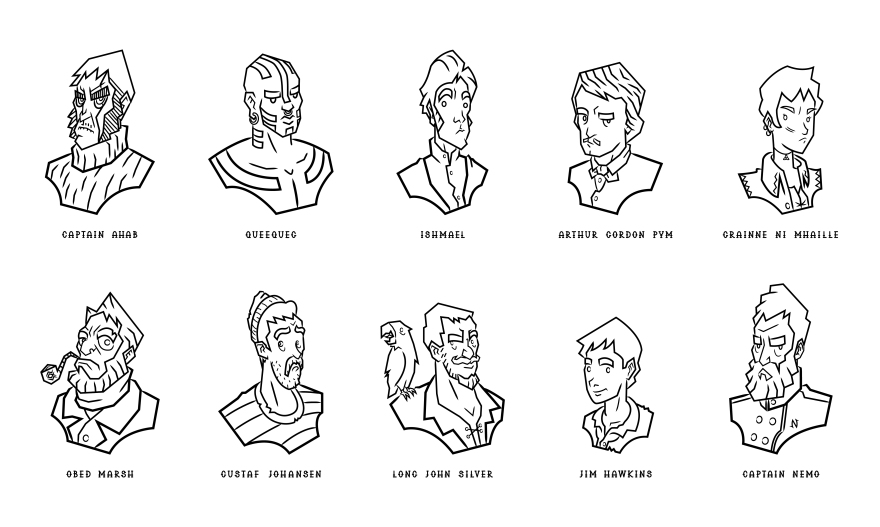 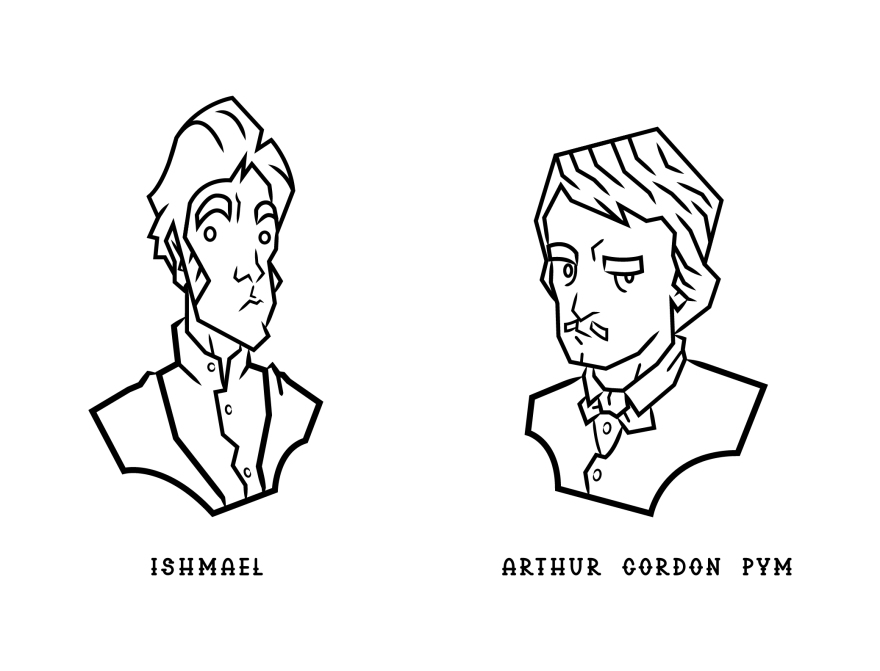